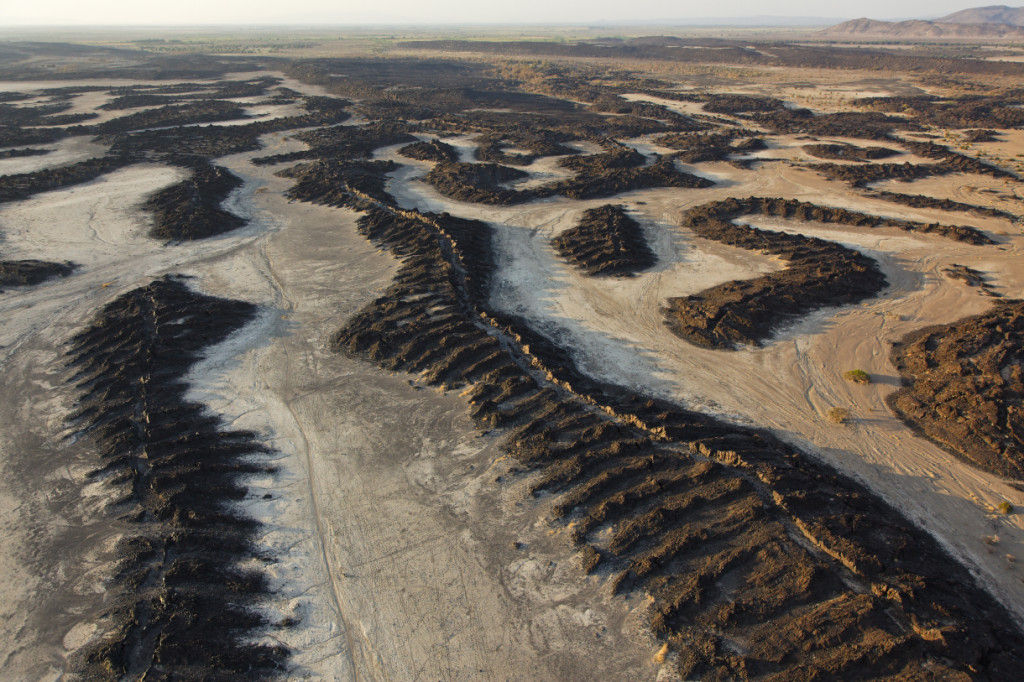 In March 2011 George traveled to the Afar Depression in Ethiopia and Djibouti, bringing his motorized paraglider to take aerial photographs. The region is probably the most geologically active area in the world; with one of the few permanent lava lakes and frequent earthquakes. Most of the Afar Depression (also known as the Danakil Depression) is below sea level, and it contains the lowest point in Africa, Lake Assale in Djibouti, which is 150 meters below sea level. The lake is also the second saltiest body of water on earth, even saltier than the Dead Sea. The region is home to the semi-nomadic Afari people who eke out a living with goats, camels, and harvesting salt in one of the hottest environments on earth.