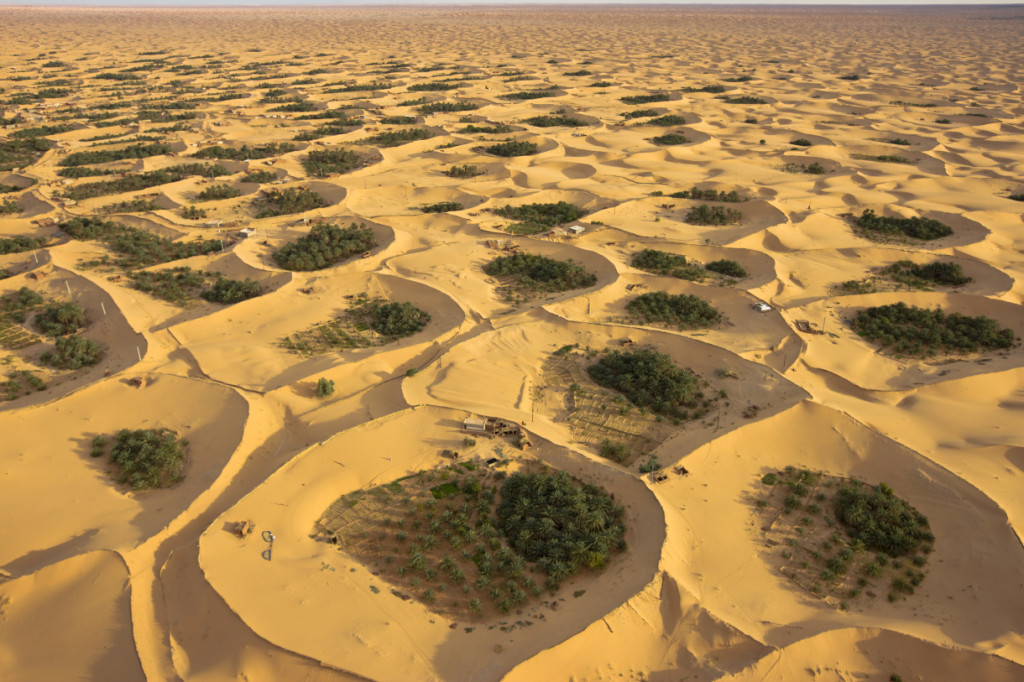 Algeria has the largest portion of the Sahara, the greatest number of oases, and an extraordinary variety of surreal sandblasted terrain. Due to the internal political situation it has been difficult for foreigners to travel there for the past fifteen years. Algeria’s oases were developed with three distinct methods of irrigation. Some use underground aqueducts or foggaras, a system that originated in Persia and was brought to North Africa in the second century. Other desert oases use depressions excavated from the sand to reach shallow aquifers where the water is drawn up by camel, donkey, or mechanical pump to irrigate small family gardens. A third type of oasis depends on sharp bends in long subterranean rivers, where the bedrock creates a natural dam that brings water close to the surface. As Algeria is a major oil producer with cheap fuel prices, many of the traditional irrigation methods have been abandoned for modern pumps and spray irrigation systems, but in some places a living history reveals the wisdom of the ancients. And the different oasis towns each have distinct and beautiful architectural styles. The central Sahara, in the deep south of Algeria, is dominated by strong Harmattan winds that scour the landscape, sandblasting bedrock into surreal sculptures in a sea of sand.