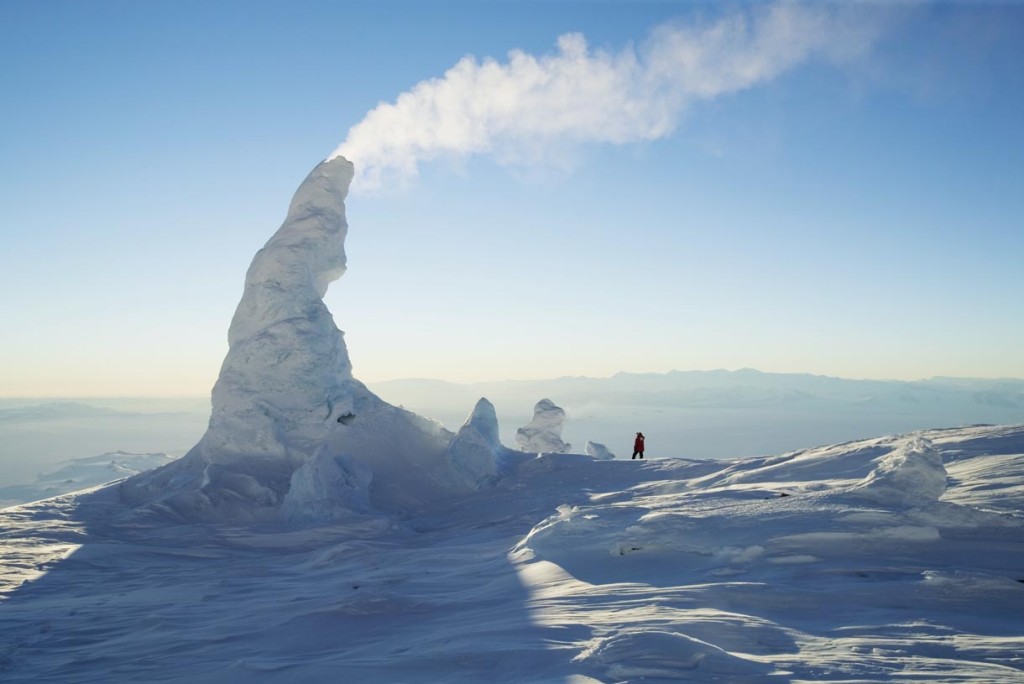 In 2005 George spent ten weeks in Antarctica on an Artist and Writer grant from the National Science Foundation. The NSF generously provided him with equipment and logistical support to document the Antarctic environment and the work of NSF scientists near their main base, McMurdo Station.

George’s project was to document Antarctica as a frozen desert, and to look for its similarities and differences with other hyper arid deserts around the world. Most people don’t realize that the bulk of Antarctica gets as little precipitation as much of the Sahara, and is actually the largest desert on earth. He spent most of his time in the McMurdo Dry Valleys, the largest ice-free area on the continent, which are a natural laboratory for understanding climate change and the extreme limits of life on earth. He was also able to gain rare access to Mount Erebus, the most active volcano in Antarctica, which has a permanent lake of molten lava just below its 13,000 ft. summit. On the flanks of Erebus are steam vents that have formed ice caves and strange towers of frozen geothermal vapor. It was an unusual opportunity to document one of the most remote and beautiful environments on earth.