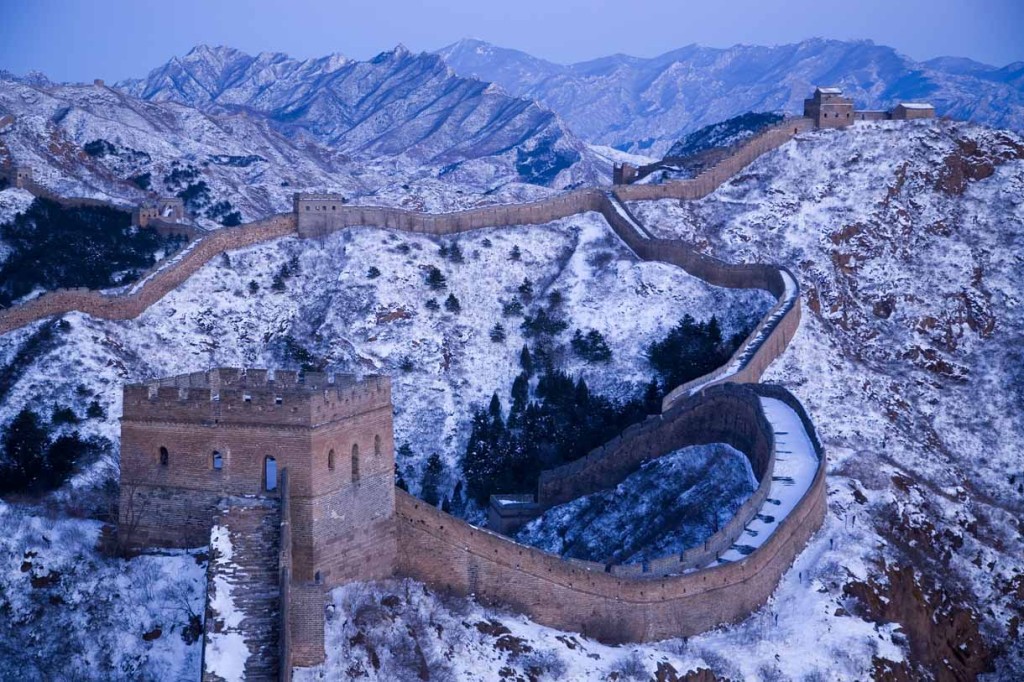 I spent some three months flying in China in 2006 and 2007, covering eight provinces from east to west, north to south. Most of the work pictures were taken from my little motorized paraglider, but over hazardous terrain I also used a helicopter, a motorized hang glider, and a hot air balloon. I flew over many places that have for the most part never been seen from the air before in what is perhaps the most geographically diverse country in the world. Flying every day in a different location for many weeks can be hazardous, and I had a bad crash in Xinjiang province after clipping a tree on take-off. I was lucky, and after a day of rest, was able to continue the trip.