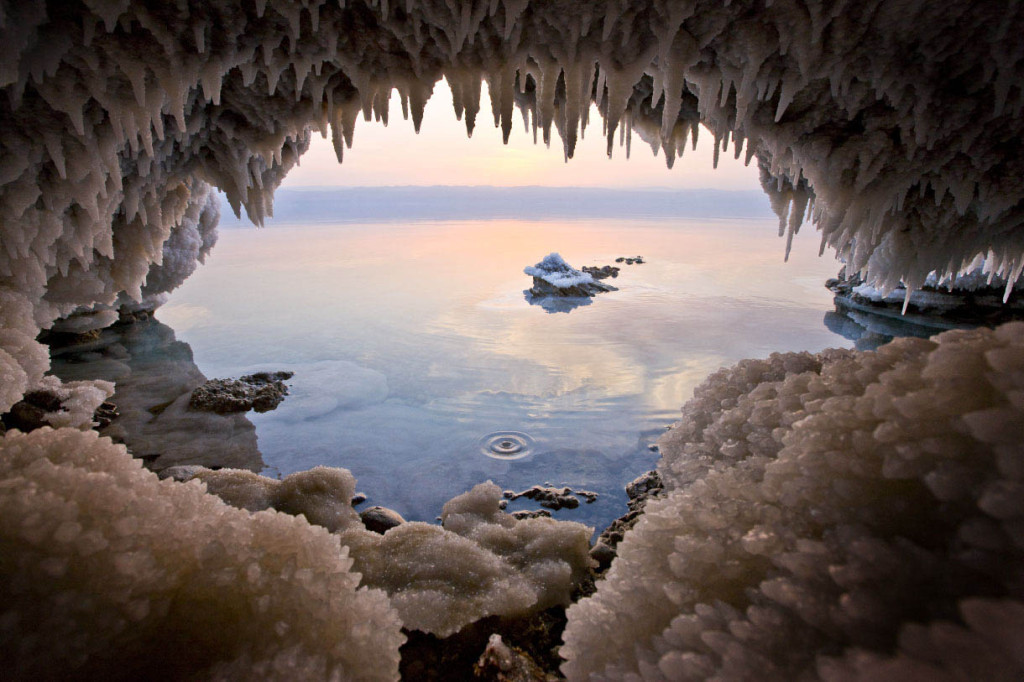 The Dead Sea the lowest point on earth, some 400 meters below sea level, on the border between Israel, Jordan, and Palestine. The water level continues to drop due to excessive ground water withdrawals with almost no fresh water entering the Dead Sea at all. Many of the photos were taken with a motorized paraglider to get rare aerial views of the strange geography of the area. George also photographed the archaeological sites of Masada in Israel and Herod’s Temple in Jordan where John the Baptist lost his head, plus the Greek Orthodox monastery at Mar Saba. The salt works and evaporation ponds of the Dead Sea provide some 15% of the world’s potash, which is a primary component of industrial fertilizer. The Dead Sea is also a big tourist draw for those with skin ailments and a desire to float like no place else in the world.