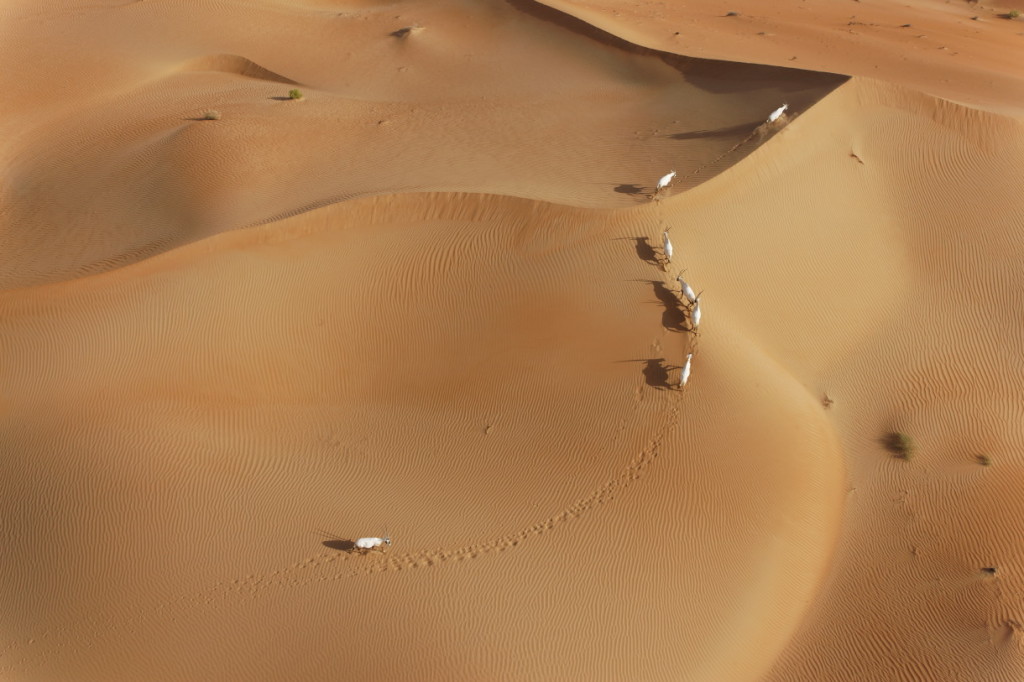 I became captivated by Arabia’s Empty Quarter as a young man when I read Wilfred Thesiger’s Arabian Sands. The Empty Quarter is larger than France without a single permanent point of water or human habitation. It’s both the world’s largest sand sea and one of the hottest places on earth, and has only been traversed a handful of times. I didn’t want to repeat Thesiger’s epic journeys many decades later, but when I discovered motorized paragliding I found a way to visualize this remote landscape in a new way. I made three paragliding trips into the sands, first for GEO in Saudi Arabia, and then returned two years later to go from Riyadh to Oman and Yemen for National Geographic, and finally made a personal trip to the southern most reaches of the U.A.E. to complete my field work. What I found was one of the most beautiful and unseen wilderness on earth. On its fringes I encountered elements the oil wealth that has forever changed Arabia, but I also found Bedouins still clinging to traditions, and offering up a level of hospitality that was truly humbling. This body of work would simply not have been possible without their kindness.