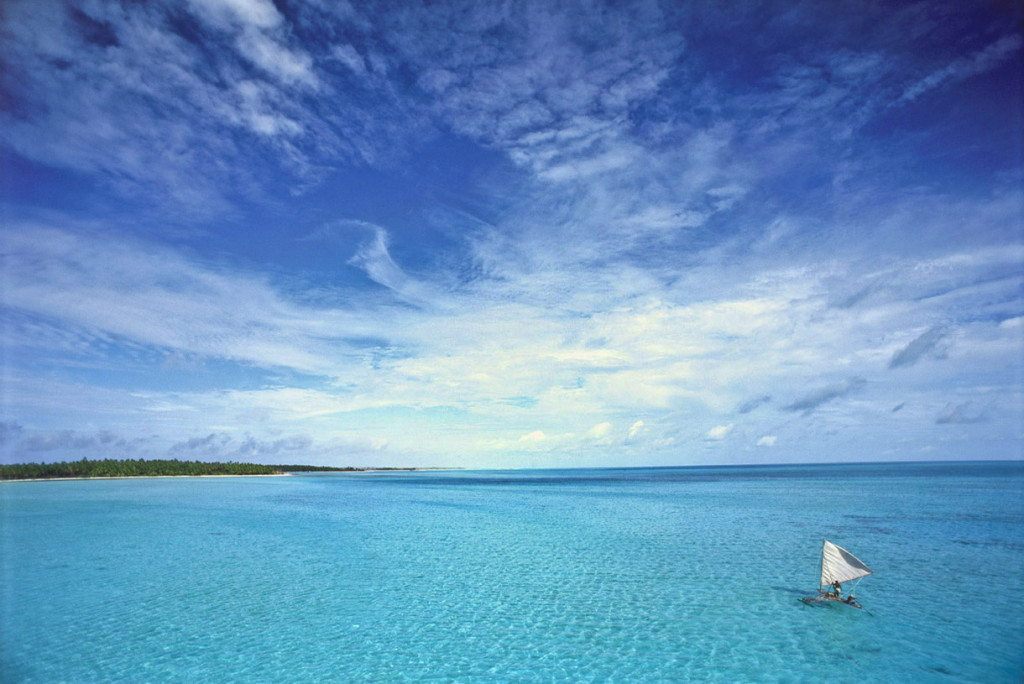 Micronesian nation of 90,000 people scattered on 33 atolls spread across an area of the Pacific that is roughly one half the size of the United States. I spent four weeks here for GEO in 1996, traveling between remote archipelagos by saiboat. With the exception of one islet, the highest point in Kiribati is seven feet above sea level. Current predictions are that and within a century sea level will rise over three feet and salinate its fresh water table, making the entire country uninhabitable. On the outer islands there is almost no modern infrastructure, with most people fishing by outrigger canoe and living in thatch homes.