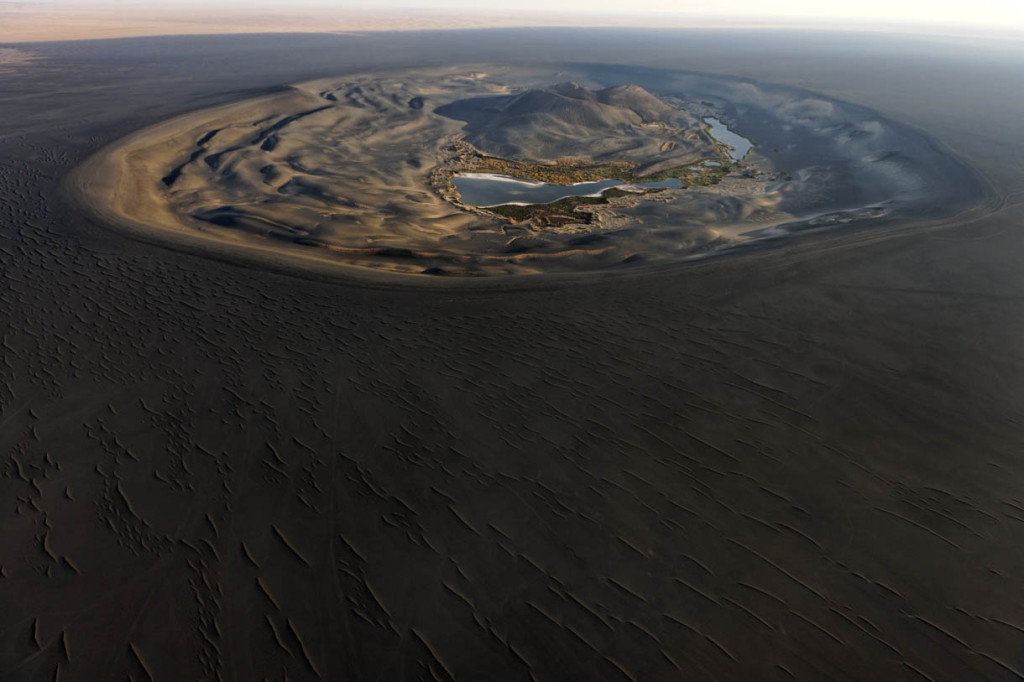 After four years and three attempts at the proper permission, George finally managed to get his aircraft into Fezzan, Southern Libya. Two thousand years ago this was a fertile region of savannas and lakes, that was home to an all-but-forgotten Garamantian civilization. But the climate of the North Africa changed dramatically some 1,500 years ago, and now Fezzan is one of the most barren and inhospitable places in the world. Every spring it is raked by strong winds that blow Libyan sand and dust all the way across Africa and the Atlantic to South America. What’s left behind is an austere landscape of dunes, sandstone pinnacles, and fields of black lava.