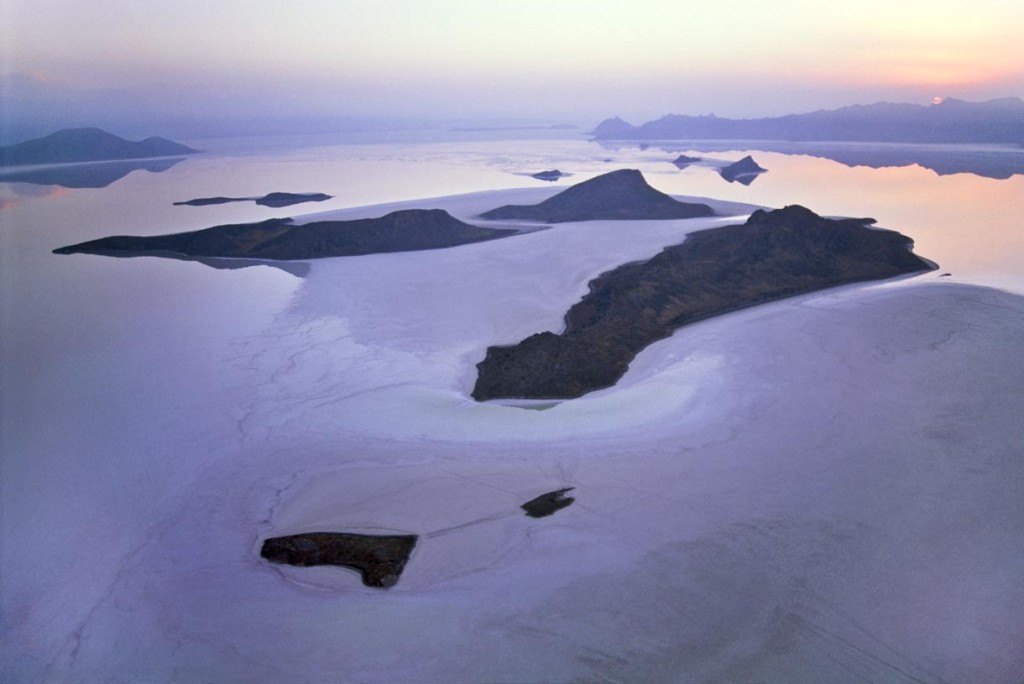 In 2003 I was given permission to take aerial photos in Iran, the first person to be given such permission since the Islamic revolution. Much like today, it was a very awkward time to be an American photographer working in Iran, as US forces were both Iraq and Afganistan, and the country was proceeding with its controversial nuclear development program. I went there on assignment for the French and German editions of GEO Magazine to document the little known salt deserts in the southern part of the country. Iran has some of the most spectacular geological features in the world, with rapidly folding mountain ranges separating large valleys of salt flats. On the slopes between the two are ancient cities that get their drinking and agricultural water from underground aquaducts that are thousands of years old. I stayed in Iran for five weeks, and was forced to leave after being detained by security forces on three separate occasions. But before I left I was able to take very rare photos of some of the most strange geological patterns on earth; like the wind eroded yardangs of the Dasht-e Lut and the swirling patterns of salt domes in the Dasht-e Kavir.