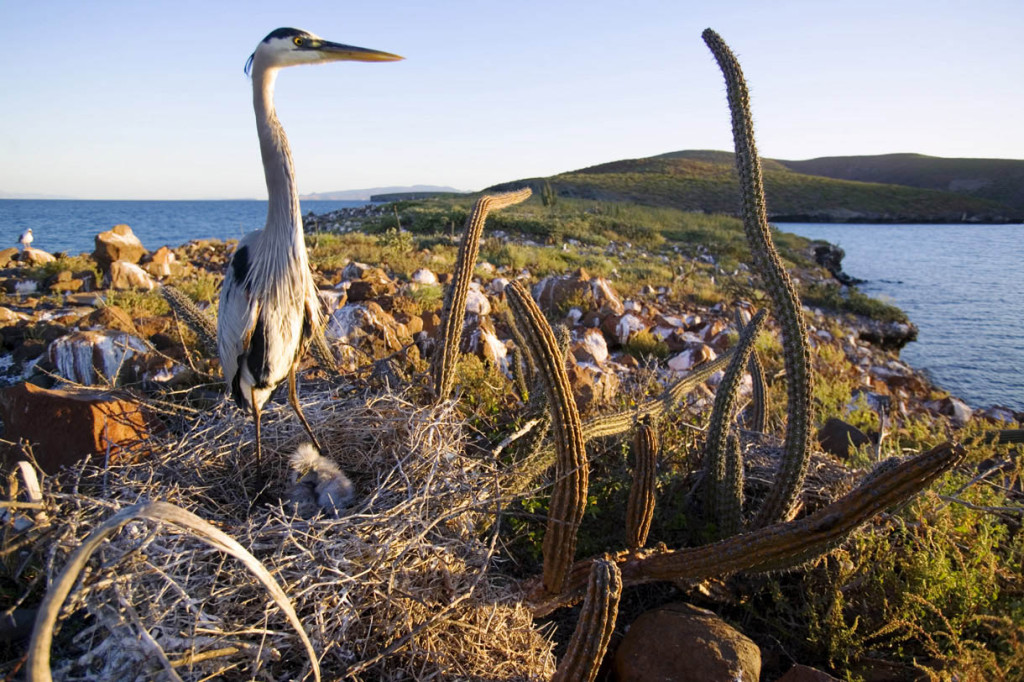 The Sonoran Desert is one of the most biologically diverse desert ecosystems in the world. Straddling the border of Mexico and the United States, it extends from Southern Arizona to the tip of Baja California.

Unique among the world’s great deserts, some 80% of its land-mass is within 100 km of the ocean. The area has a world-class array of the weirdest and most wonderful plants in North America. This biodiversity stems from two wet seasons that produce intensive flowerings followed by swarms of migratory birds, bats, and insects traveling hundreds of miles across the region (and international border). Botanical highlights are primarily cacti like the cardón, the world’s tallest cactus (the big Mexican brother of the Saguaro), the stately organ pipe, and the most contortedly beautiful Cirio. Islands in the Sea of Cortez are loaded with endemic species, and each spring they are spectacular nesting sites for migratory birds. At the top of the Gulf is the environmental corpse of the Colorado Delta, where the entire flow of the river has been diverted for upstream irrigation (approx. US 90%, Mexico 10%), leaving a trickle of brackish water to meet the 30ft tides that rake the sand flats.

I flew my motorized paraglider to get some rare aerial views of spectacular desert landscapes. For wildlife, I used a new system for taking remote-controlled digital photos which enabled me to get intimate photos of rarely seen animals including desert mountain lion, bighorn sheep, and great blue herons nesting.