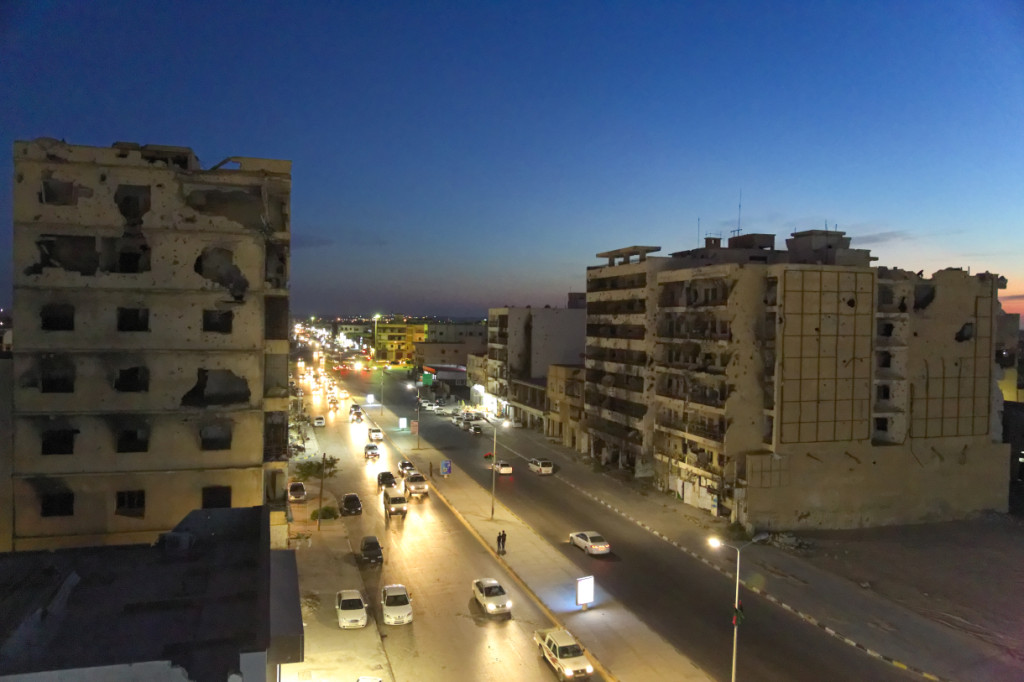 George went back to Libya nine months after Gaddafi to document a country trying to reinvent itself after forty-two years of dictatorship.  He got an unusual permit to fly his motorized paraglider over parts of the country that had been impossible four years earlier, and was able to make aerial photographs of amazingly well-preserved Greek and Roman ruins, destroyed oilfields, and the extraordinary oasis town of Ghadames. George found a country that was optimistic in its quest for democracy and freedom, but unsure of exactly what those concepts mean.  While guns and burned out tanks were everywhere, so was native gentleness and generosity.  The Libyans had won what they fought for, only to find themselves in an interesting time.